Air France/KLM: who is bringing in the profit? 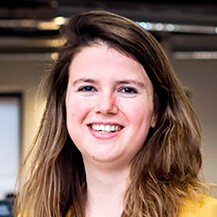 Written by
Lore Keijzers
Senior Associate
Share
Economist Pascal Perri claimed on French television that the performance difference of Air France and KLM is only related to the airlines’ circumstances. Is it? We checked the facts

Recently, the media reported breaking news: the Dutch State purchased a 14% interest in airline company Air France/KLM S.A. Following this news, numerous articles were published on the performances of KLM and Air France.

It's noteworthy that in 2018, 80% of the operational profit was generated by KLM. Many French state that the difference in the respective airline companies' profits is caused by the context in which they operate – not by a difference in operational management. The French economist Pascal Perri stated on French television that higher port dues and social security contributions already could explain the delta. (Source: Air France doet niet onder voor 'succesverhaal KLM', vinden Fransen, Het FD, March 5). Is he right? And if so, what does this mean for Air France/KLM?

The difference in profits can be explained by differing circumstances

A quick calculation shows that the difference in profits can indeed be explained by higher aeronautical costs and social security contributions for Air France:

In 2018, Air France achieved an EBITDA of 13% on a revenue of 16 billion. For Air France to match KLM’s EBITDA percentage of 19%, they would have to bridge a gap of roughly 1 billion (Data source: Full Year 2018 Results).

The first item mentioned by Mr Perri is port dues. We expand the scope somewhat to include all aeronautical cost, more than half of which are port dues. Other fees include amongst others security charges, passenger taxes and noise charges. The aeronautical cost per turnaround at Schiphol Airport are, on average, EUR 3,100, while a turnaround at Charles de Gaulle Airport averages EUR 5,500 or EUR 2,400 more. Multiplied by the 126,000 turnarounds Air France performed at the Parisian Airport in 2018 this amounts to EUR 305 million additional aeronautical cost (Sources: Benchmark luchthavengelden en overheidsheffingen, SEO economisch onderzoek, februari, 2018, winter slots CdG, summer slots CdG, winter slots Ams, summer slots Ams).

The calculations and assumptions used are crude and a lot can be done to nuance individual parts. Nevertheless, they do show that the difference in operational profits of EUR 1 billion could indeed be explained to a large extend by aeronautical charges and social security contributions.

The question is: what does this mean for Air France/KLM? In reality, not much. External circumstances are just that: external and will not change easily. They do however have a real impact on profitability: a flight operated by KLM from Schiphol Airport will, all other things remaining equal, still be more profitable than the same flight operated from Charles de Gaulle.

Some could argue that airlines can influence its port dues, through better cooperation and operational management which might lower total airport cost. However, port dues only make up roughly half of the total aeronautical costs per turnaround. The other half of the costs is mostly government related and therefore harder to influence. More importantly, the additional aeronautical costs are minor compared to the additional social security burden for Air France. And this is truly something that is not quickly changed.

It is precisely the above-described circumstances that could explain why KLM's passenger numbers have grown faster than those of Air France in recent years. Surely, the group aims to operates its flights in the most profitable manner and growing transfer traffic at Schiphol Airport does just that.

Briefly put, KLM is expected to continue to generate the largest part of Air France/KLM's profits for years to come.