Time for commercial aircraft manufacturers to jump on the 'services train!' 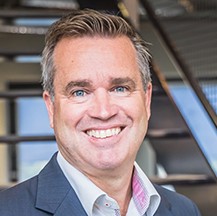 Written by
Eric Jan Pelt
Senior Manager
Share
Commercial aircraft manufacturers have finally discovered they should join the services business. And it's high time for them to do so!

Time for commercial aircraft manufacturers to jump on the 'services train!'

For a long time, manufacturers spent all their valuable time on designing, building, and selling aircraft. Understandable, because getting aircraft up and running is no mean feat. But with the main players' massive backlogs (7,000+ aircraft on order for each Boeing and Airbus) and an approximate annual production of 800+ aircraft each, there's only one logical option: to diversify into the (even) more profitable services business. Because let's face it: most manufacturers have left the services market to third parties such as MRO organizations, and they have been taking a considerable amount of that pie for quite a while.

Furthermore, the manufacturers realized aviation will double in the next fifteen years. Airlines will require further solutions to aircraft-related issues and flight operations. For the services businesses, this only means one thing: it has ample opportunities to grow.

Let's have a brief look at Airbus helicopters. When the French government asked Airbus to design and build a helicopter, the manufacturer knew exactly how to go about it. But then the French air force stepped in with another question: could Airbus also take on maintenance? It turned out they could. And now, Airbus helicopters rely on services for 50-60% of their revenue – as opposed to Boeing and Airbus commercial aircraft's mere 10%.

Why enter the services market?

The above example illustrates how important it is for commercial aircraft manufacturers to enter the services market. But there's more. We'll list their most important reasons below.

• The services market grows more rapidly and is larger than the aircraft market.

• Commercial aircraft manufacturers see that other parties, such as engine and component manufacturers, get a lot more revenue from services. Why? Because services have higher profit margins than equipment sales.

• There's a growing awareness of the value of intellectual property, which is fairly extensive for those who design and build aircraft. Services require third parties to maintain an aircraft – they might, for example, need a detailed blueprint to get the nuts and bolts of the winged vehicle. In the past, manufacturers just provided it for free, but now, they demand a payment in exchange for such information – and rightly so.

A look into the (near) future

To understand the long-term vision, we should consider the car industry, which is slightly ahead of its aircraft manufacturing counterpart. With more and more people embracing the shared car, the concept of paying for a car whenever you need it (rather than buying the vehicle) is taking root in our society. It's not inconceivable that customers will stop purchasing aircraft in the not-so-distant future, opting for per-hour or per-passenger models instead – which would leave manufacturers with nothing but services.

In fact, China is currently building its own aircraft. By the time it hits the market – likely in 2021 – this ‘small’ new player might look for ways to expand beyond its domestic market, and a services model could prove a viable solution. If such a thing happens, it would shake up the aircraft business. In that case, manufacturers will want to be ready to tackle the ensuing changes!