Why we should boost cycling big time 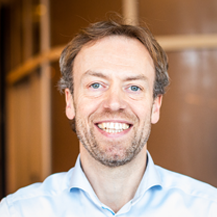 Written by
Arjan van Moorsel
Partner
Share
The Netherlands has incredibly solid bicycle and rail infrastructures. These provide a wealth of opportunities that are currently left unused.

The Dutch are known for their predilection for bikes, and they've pedaled their way to an excellent bicycle infrastructure. The highly dense bicycle network is usually separated from cars. In addition, rail infrastructure in the small country is also world class. Connecting large and mid-sized cities alike, it's characterized by frequent short-distance connections and great overall connectivity. So, how to capitalize on these assets and seize the sustainability opportunities they offer?

Especially now that speedy electric cycling – including fiscal perks – has become an appealing alternative to commuting, the Dutch cycling and rail networks might cater for sustainable mobility growth. Combined, bicycles and railway transportation are cleaner and healthier while being as efficient: the combined bicycle and rail infrastructure cost per traveler is € 0,10 per kilometer, which is comparable to that of car infrastructure (source: Decisio, 2016, taken from p.14 Tour de Force). So, what's holding us back from investing in this existing, well-established opportunity?

Time to double down on growth?

Here's an example that demonstrates the relative combined potential of bicycle and rail networks. Let's take all Intercity railway stations and a catchment area of roughly 15 minutes of cycling at an average speed of 20 kilometers per hour. If the catchment area includes bicycle and rail commuting, it would cover the vast majority of urban space in the Netherlands (see the figure below).

Yet compared to rail and road investments, the Dutch government's investment in bicycle networks is relatively low – surprisingly low if we consider the combination of unique bicycle and rail networks and the high level of CO2 emissions the Netherlands needs to lower.

In 2016, the Dutch government introduced Tour de Force, a program encouraging the use of bicycles. In the subsequent four years, €372 million should be invested in new regional cycling routes. This amounts to roughly 2% of the total annual €5 billion road and rail investment budget (source: Miljoenennota 2019). While based on total mileage per modality, a fair share would be 10% (source: SEO Onderweg naar Schoon, Figure 2.2, October 2019).

Riding towards the future: what are we waiting for?

Let's consider the facts for a moment. The foundation (a solid network) has been laid. Cycling makes for a cleaner, safer, healthier, and happier country. And compared to cars, it does so at roughly 25% of infrastructure cost per kilometer per traveler. According to KIM (Kerncijfers Mobiliteit 2018, p.5), cycling has grown faster than car mobility over the past 8 years. With electric bikes becoming increasingly mainstream, there's no reason to keep underinvesting in the cycling network.

In fact, a logical step would be to really boost cycling networks in the near future. After all, it would increase a traditional Dutch competitive advantage while stimulating a variety of sectors, such as bike manufacturing, urban space development, and even tourism, making cycling the default choice for both commuters and visitors.