Impact of flying on the environment: how do we contribute our bit? 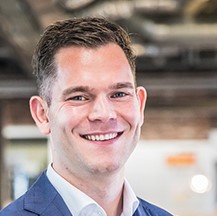 Written by
Tim van Pelt
Manager
Share
Aviation is responsible for more than two percent of global CO2 emissions. Last year, this resulted in the introduction of the term 'flight shaming' as well as new government measures.

'Flight shaming,' a fairly new concept, refers to the uncomfortable feeling which is sometimes caused when people travel by plane, thus negatively impacting the environment. Its introduction coincided with the decision of the Dutch government to start imposing flight taxes as of 2021 (7 euros per plane ticket) to promote climate goals, among other things. Moreover, Groenlinks, the Green political party in the Netherlands, proposed to ban flights from the Netherlands to Belgium (and vice versa) on Schiphol Airport and to no longer prioritize flights to London and other cities within a radius of 750 kilometers. These measures should promote traveling by train, which is relatively 'clean.' And on top of that, the Netherlands currently struggles with a nitrogen crisis that was partly fueled by aviation.

Briefly put, the impact of flying on the environment is a hot topic. So what is our stance, and how will I contribute my bit?

Limiting the impact: is reduction a feasible option?

As a consulting boutique firm which operates at an international level, M3 contributes directly to business-related air traffic. In the past six months, for example, I flew to Southeast Asia and Toulouse multiple times. In an eye-opening article, aviation consultant Gerben Broekema (who is affiliated with M3) casts a light on the environmental footprint we leave by hopping on planes, discussing options to reduce it. Unfortunately, the latter is often impossible. Why is this the case?

Given the fairly large impact of flying on the environment, the most logical and effective way to reduce CO2 emissions is to not get on a plane at all. Yet despite our regular conference calls with clients and other stakeholders across the globe, face-to-face discussions are still necessary to make a project succeed. It turns out they're essential to fruitful interactions, especially when we work on sensitive consulting projects involving major business interests.

How about (high-speed) train journeys then? Well, even for short-distance travel, they're hardly ever feasible: long travel times and inconvenient departure and arrival times would make for very non-productive days. And in consulting, increased productivity translates directly into higher revenues and, therefore, an additional tax contribution, which the government can use for our welfare system or sustainability projects. So, if doing business at an international level contributes to the development and/or financing of sustainability projects, aviation may even impact climate change in a positive way.

If flying is inevitable, it's important to find an alternative to reduction. In my view, it makes sense to compensate for greenhouse gas emissions. The idea behind climate compensation is that whenever you cause CO2 emissions, less greenhouse gas is emitted or CO2 is removed somewhere else in the world. Opinions are divided on whether this is useful, but if set up and checked properly, compensation projects can, in fact, make a positive contribution to the climate. Moreover, the costs (2-5% of the price of a plane ticket) are acceptable. Examples of certified initiatives that help you organize your own compensation include Trees for All, Hivos, Carbonkiller , Greentripper, and ClimateCare.

Time to contribute our bit!

Nevertheless, compensation is a stopgap measure, not a goal in itself. The real solution will always be to reduce emissions in aviation – for example, by using renewable jet fuels or electric aircraft. Until that time comes, though, you can contribute your bit through climate-neutral flying. Because even though more and more people compensate for CO2 emissions, the total number of passengers who do so is still negligibly small.