No more excuses: it's time to get an electric car 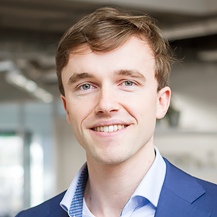 Written by
Gijs IJsebaert
Manager
Share
When it comes to electric cars, we're on the right track. So how about we tackle the top-3 arguments against them using the latest facts?

In the Netherlands, electric cars are increasingly common. In 2030 – a deadline set by the Dutch government – every new car sold should be of the zero-emission kind. The latest numbers show we're well underway: nearly 15% of cars sold in 2019 were either fully electric (EV) or plug-in hybrid (PHEV). Does this mean we've reached the tipping point, and we can convince everyone they should drive an electric car from now on? Let's tackle the top-3 arguments against electric cars. Do they still make sense in 2020?

A few years ago, this argument would have been valid. Back then, there were only a handful of electric cars, and people depended on Tesla for a decent (yet pricey) electric car. But scores of new cars have entered the market since. To measure the effect of that development, let's compare the KIA Niro, a middle-segment hybrid car, and its electric counterpart, the KIA e-Niro (realistic range: 375 kilometers). What costs would their respective private owners incur?

A hybrid KIA Niro is approximately 12,000 euros cheaper, which amounts to 1,500 euros per year based on an 8-year write-off period. The difference, however, is partly offset by the Dutch government if you opt for the KIA e-Niro: in that case, you don't have to pay 800 euros per year in taxes. Furthermore, you'll save a lot on fuel, which costs approximately 5 euros per 100 kilometers (public charging at 0.3 euros per kWh) if you drive a KIA e-Niro – versus 7 euros per 100 kilometers if you own the hybrid version (1.80 per liter fuel). If you drive 30,000 kilometers per year, you'll save another 600 euros.

On top of that, an electric vehicle's maintenance costs are believed to be much lower than those of its hybrid counterpart – how much lower is up for debate, but most will agree it’s at least 25%. At 1,000 euros for maintenance per year, this will save you 250 euros. So, altogether, the KIA e-Niro will save you at least 150 euros per year – that is, of course, if you drive 30,000 kilometers and can afford to make the investment (those who can’t might have to wait for second-hand models to hit the market).

2. "To charge my electric car, I might have to park it 5 blocks down"

We'll be the first to admit that car owners' dependency on public charging points is a valid point of concern. But we'll also tell you the Netherlands is leading the pack in this regard. At the end of 2019:

The average Dutch car-owning citizen drives a mere 20 kilometers to work, so that other EV down the road isn't likely to be charged more than a few nights a week.

So, the public-charging-point argument is generally a poor excuse for Dutch car owners who live in a big city and/or have space around the house to install a private one. Those who live in small towns or villages, however, do have a point: public charging points outside of the big cities are still scarce.

3. "My battery will run out when I've made it halfway to my destination"

There's a term for this: 'range anxiety.' It's not always a valid fear, though. Some of the latest and more affordable EVs have ranges over 400 kilometers, which can easily cover most return trips within the Netherlands.

But what if you go on vacation? Well, it requires some planning, and you can't drive to countries that don't yet have a solid electric car infrastructure. With that in mind, how difficult is it to cruise the European roads in your EV? To answer that question, we've analyzed travel routes to major European cities (see figure below). 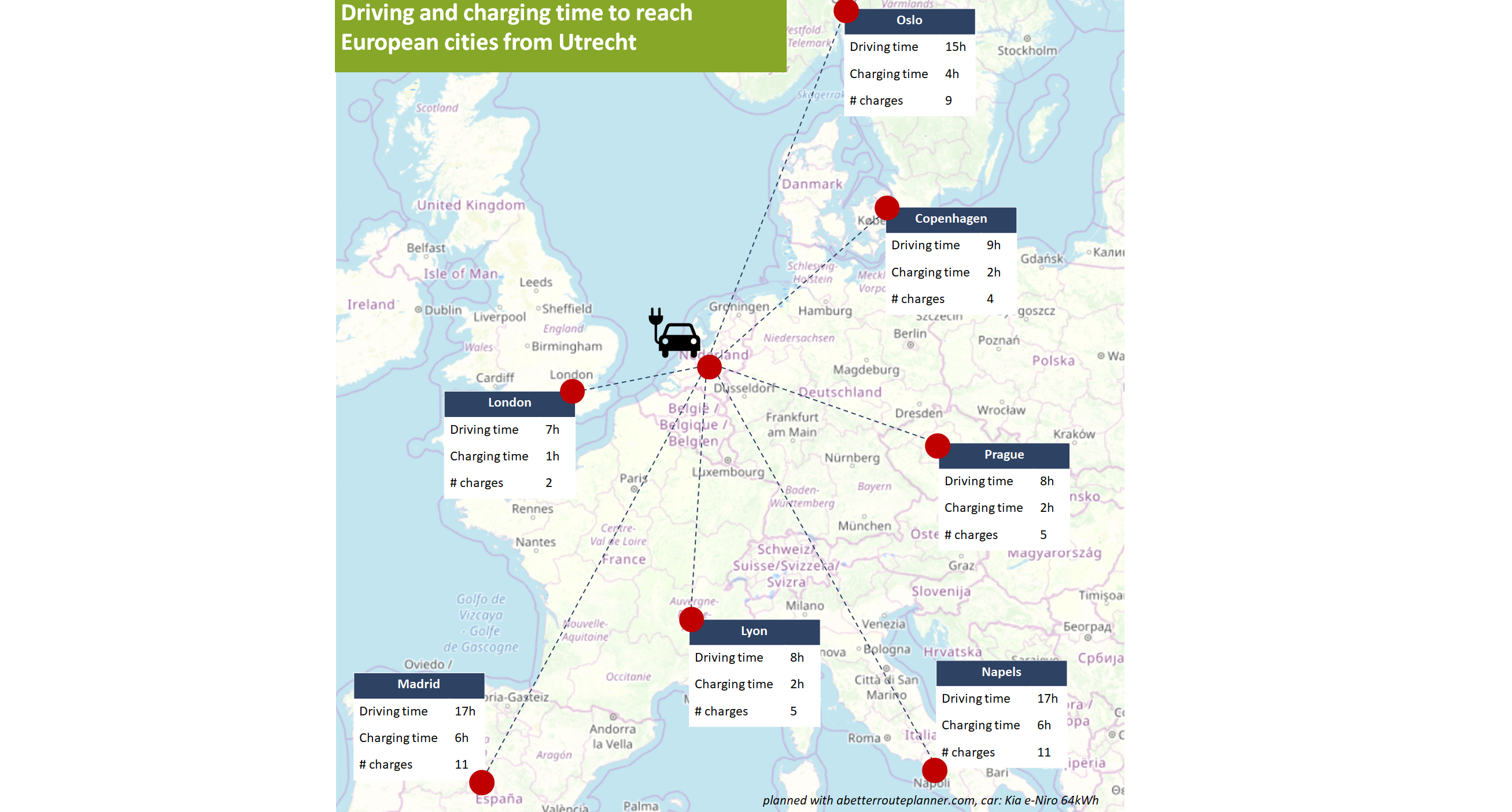 All right. Suppose you want to drive to Prague. That's a 9-hour ride, and you'll be charging a total of 2 hours spread over 5 stops. If you adhere to European rules for drivers (you need to take a 45-minute rest for every 4.5 hours of driving), it means you'll lose a mere 30 minutes.

We'll keep it short: some might have valid reasons to stick with their old vehicle, but most will soon have to admit it's high time to get themselves an electric car!