Increase your capacity by going digital: how does the smartest port in Europe go about it? 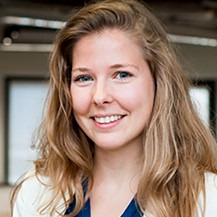 Written by
Anke Konst
Associate
Share
How to gain more capacity without investing in new physical assets? Unlock more value from your current assets through digitalization.

The digital era started a few decades ago, but many companies still struggle to leverage its full potential – especially when it comes to operations. To set your organization in the right direction, we'll provide some inspiring examples. In this blog, we will tell you more about Nextlogic BV in the port of Rotterdam, which demonstrates how network collaboration creates a win-win situation for all parties involved.

Time for change: from suboptimization to synergy

Here's what's happening at the port of Rotterdam every year: over 2.5M containers are loaded and unloaded on inland vessels in approximately 18,000 ship docks. Each dock has its own strict schedule. But ultimately, 10% of the planned quay capacity is not used due to schedule changes and delays. If, say, the scheduled team is already on location and can't use that very expensive crane, it's a shame. This time can be used to load or unload other vessels so as to shorten their waiting time until service.

Barge operators, terminals, and empty depots all have their individual schedules. Planners spend 20% of their time scheduling and 80% rescheduling. All this rescheduling is highly inefficient and, apparently, ineffective, as 10% of the capacity is still not used in practice.

In 2012, the port of Rotterdam decided to tackle this issue. It launched a program to develop an integral planning solution which allows all network partners (barge operators, terminals, and depots) to collaborate and optimize their schedules: Nextlogic. The idea is that Nextlogic will create daily schedules for approximately 200 inland vessels and 15 transshipment locations, using all required data from the associated companies. For the first time, they have a complete overview of supply and demand. It enables them to increase efficiency for all parties. And that's how the port of Rotterdam lives up to its reputation of being "the smartest port in Europe" (as it likes to call itself).

Obviously, these fundamental system changes are extremely complex. The optimization software should have an interface containing all planning software of the individual companies involved. But what's most important is to make sure all stakeholders adapt to the new way of working, work together, and communicate with each other.

This summer, 8 years after the idea was conceived, the pilot phase will come to an end. For a few participants, Nextlogic will go live.